Robinson’s special sauce is talent: enrolling bright minds and transforming them into highly skilled leaders ready to excel in the marketplace. As it turns out, our staff members possess a whole lotta talent, too, both in and out of the office. Striking a balance between their nine-to-fives and creative pursuits keeps them sharp at work.

Take Sassett West, business manager for Robinson’s Office of Marketing & Communications. West maintains a relatively low profile while managing her team’s budget, scheduling meetings, onboarding new staff, and handling administrative functions—and might come across as reserved. But as a performer in the live music and poetry scene, West speaks loudly and clearly on topics like growing up, love, making mistakes, and self-care. 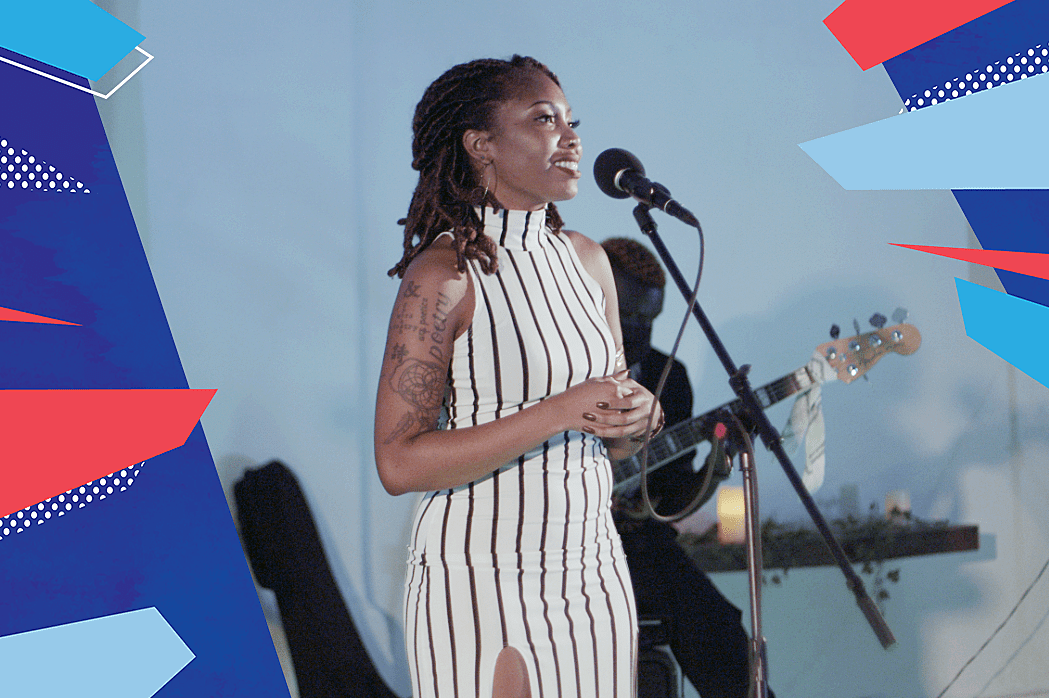 West felt comfortable getting in front of people from an early age. As a ninth grader, she placed first in the Poetry Out Loud Recitation Contest at John S. Davidson Fine Arts Magnet School in Augusta, Georgia. She chose the longest possible poem from the list of options (“For My People” by Margaret Walker) and bested everyone, including the seniors.

“That’s when I found my gift,” West said. “I never stopped.”

West earned a B.A. in English from Georgia State in 2017, concentrating on creative writing. During her studies, she started participating in Atlanta’s open mic circuit and building momentum. In 2016, she was named Best Up and Coming Female Spoken Word Artist as part of the Georgia Arts Neo Soul & Poetry Awards. That recognition snowballed into an opportunity to tour the Southeast with major poets like Red Storm, HBO Def Poetry Jam participant and motivational speaker, and perform alongside Georgia Me, a seven-time Tony award winner, and Queen Sheba, co-founder of live music production Poetry vs. Hip Hop.

West has a pretty cool stage name of her own: Abstract C.I.M., which stands for “complicated in meaning.” In 2015, she released Rhyme, Rhythm & Rhetoric, a spoken word EP. Then, she hit a bit of a dry spell. Incorporating background instrumentation into her work got West back on track. Abstract C.I.M.’s first full-length album, Neo Soul Space, is slated for release late this year. The tracks blend spoken word, hip-hop, and soul music. The phrase “neo soul space” refers to whatever state of mind or activity allows people to ground themselves. For West, the ability to recalibrate is key to her sanity and success.

Speaking of smooth talking: that trait is critical for fundraising. Ivan Segovia, who recently was promoted to director of development, certainly has the gift of gab. But believe it or not, Segovia was a painfully shy child. An eighth grade production of “The Ransom of Red Chief” pushed him onto the stage, cracking open his shell.

“I found it freeing to get lost in character and not worry about the audience,” Segovia said. “I switched to a large public high school and performed in musicals. I found my people through theater and chorus.” 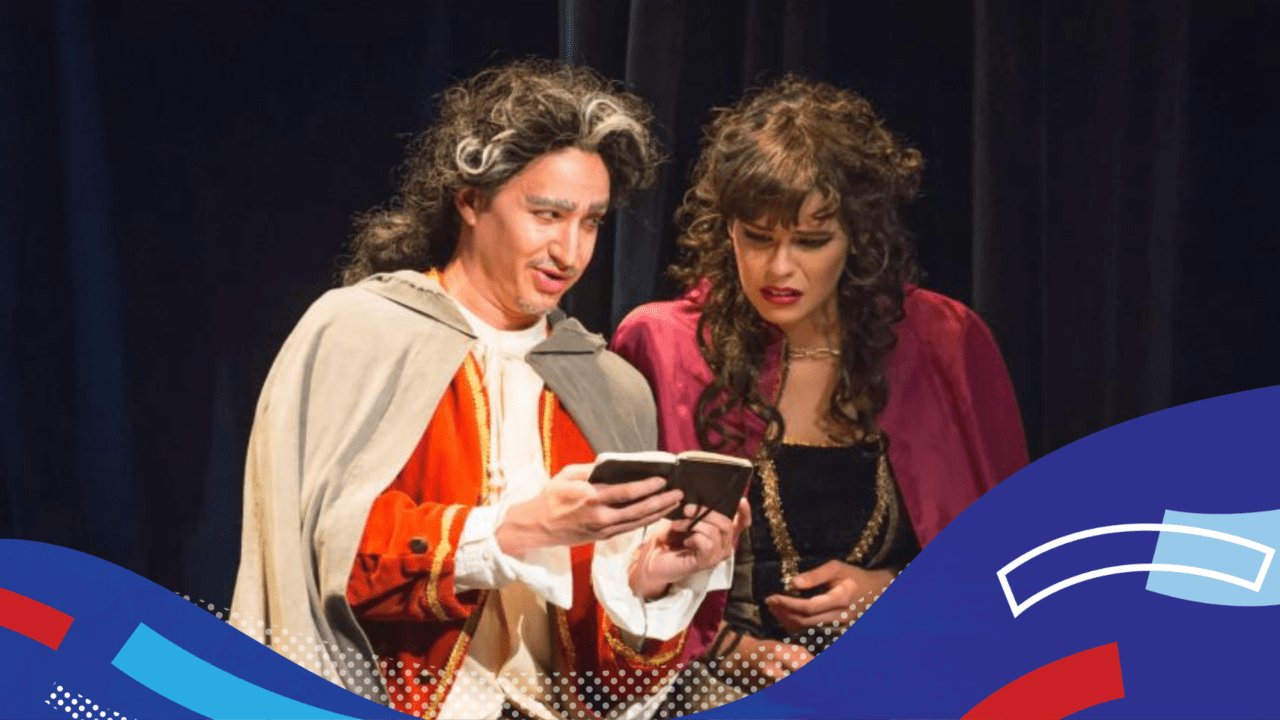 Segovia completed his B.F.A. in musical performance at Clayton State University in 2008. He worked at Spivey Hall, Clayton State’s performance arts venue, as a workshop coordinator and development assistant until he joined Robinson’s Office of Development in 2019. While studying voice at Clayton State and holding down a day job at Spivey Hall, Segovia spent evenings at opera rehearsals and productions. In 2006 at age 22, he joined the Atlanta Opera as its youngest member. He traveled with the opera from 2010-2014 and still participates in live productions.

Segovia has portrayed title characters in The Marriage of Figaro and Gianni Schicchi. For a while, he held back from auditioning for such heavy-hitting parts. But in 2011, a car accident shifted his mindset. A raging driver forced Segovia into a guardrail, completely smashing his face into the dashboard. After having his face fully reconstructed, Segovia realized how lucky he was to be alive, and still have the ability to sing.

“It was one of those miracles that inspired me to aim higher,” he said. “I didn’t think it would go anywhere, but I landed every role I auditioned for and had to turn parts down.”

Segovia dedicates a lot of energy to his role at Robinson, but to devote so much effort after hours to opera sounds exhausting. However, Segovia finds collaborating with Atlanta’s creatives, even across genres like theater and stand-up comedy, to be like hanging out with a bunch of friends. Plus, the performing arts community made him the loquacious steward of Robinson he is today.

“Putting on a show is a huge group effort. I wasn’t a sports kid, but I learned about teamwork on stage,” Segovia said. “Through learning to sing, I found my voice. Identifying with and creating characters helped me relate to people, which is a natural segue into fundraising: caring about people, the arts, and our shared humanity.”