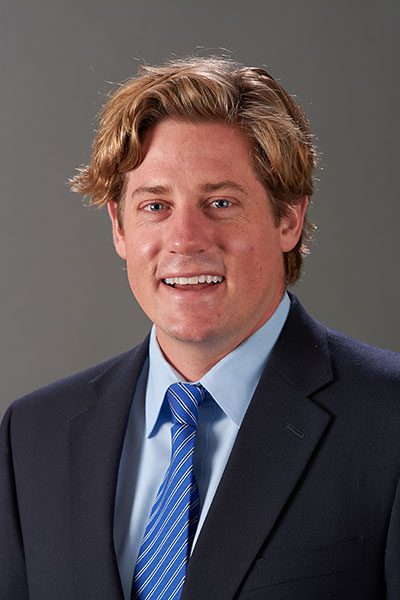 After finishing his B.A. in economics and history from the University of Washington, Ty Leverty began working at an insurance company. He took particular interest in the CEO’s education: a Ph.D. in risk management and insurance, which Leverty didn’t realize was a possibility. The CEO started giving him articles published in academic journals, and the research Leverty found most riveting was produced by faculty from the same place: Georgia State’s Robinson College of Business. That’s what spurred his application to Robinson’s doctoral program in risk management and insurance.

“After I applied, I visited Robinson to meet some of the faculty members whose research I admired,” Leverty said. “It was insurance nerd heaven.”

Leverty finished his Ph.D. in 2005, served as an assistant and associate professor at the University of Iowa for nearly 10 years, and now is an associate professor at the University of Wisconsin-Madison. He still collaborates with faculty from his Ph.D. studies, including Richard Phillips, Robinson’s current dean, and Martin Grace, who sat on the faculty of Robinson’s Department of Risk Management & Insurance for 30 years.

A recent study conducted with Grace is what Leverty considers one of his greatest career accomplishments to date. In their paper titled “Do Elections Delay Regulatory Action?,” Leverty and Grace investigate whether the electoral cycles of U.S. insurance commissioners and governors delay interventions in failing financial institutions. They found that far fewer regulatory actions occur before elections because interventions would give voters false perceptions that: 1. the economy isn’t doing well and 2. companies tanking on elected officials’ watches means they aren’t effective at their jobs.

“Insurance is regulated at the state level. Because of heterogeneity in regulatory approaches across states, researchers can determine what practices are best for improving social welfare,” Leverty said. “In the case of this study, we concluded that active, effective insurance regulators who notice firms approaching insolvency should intervene as quickly as possible to reduce the cost of failure.”

The paper ran in the Journal of Financial Economics (JFE), which is considered one of the top publications in the finance field. Leverty’s appearance there is especially remarkable since a miniscule percentage of the papers included in JFE are related to insurance.

Leverty spearheaded the transition from an in-person event in New York City to a virtual format for attendees from across the world. Instead of offering concurrent paper presentations throughout each day, scholars captured their presentations on video, which were posted on Vimeo along with discussants’ video responses. Live synchronous forums were offered from 9:00 until 11:00 EST every morning, since that time span comprises waking hours for the largest proportion of people across the world.

As ARIA president, Leverty oversees the organization’s executive decisions and strategic objectives. He recently implemented a workshop for ARIA members on modern methods in causal inference econometrics. According to Leverty, scholars understand the value of education but have little opportunity to pursue professional development themselves.

When it comes to research, Leverty has racked up praise. But he’s also earned accolades for his success as an instructor. While at the University of Iowa (UI), he was awarded the Tippie College of Business Collegiate Teaching Award. Some undergraduates took all four of Leverty’s classes. Another student who enrolled in three of his courses at UI also took his classes while pursuing her MBA at University of Wisconsin-Madison.

Leverty’s next goal is a promotion to full professor. Since he enjoys, actually loves, his work, he’ll likely make that process look effortless.