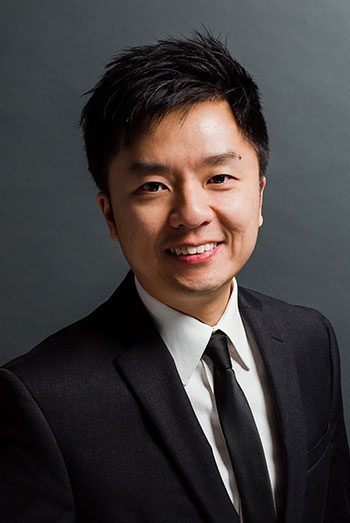 Gary Lun worked as a senior tax analyst for eight years at a Fortune 500 company that he says rarely promotes employees. With the goal of earning a better title and higher salary, Lun enrolled in Robinson’s Master of Taxation (MTX) program on a part-time basis. With a toddler at home and second baby on the way, he could handle two classes max per semester in addition to a full-time job. Lun graduated in December 2021 and met his goal in a matter of months; he started as a tax manager at Siemens at the end of June.

According to Lun, the skills he developed in Lynn Jones’ Tax Analytics course largely contributed to his landing a new position. Through hands-on assignments, he became proficient in Alteryx and Tableau. For example, Lun had the opportunity to customize a project that addressed an issue he faced on the job. He chose to automate the calculation of the franchise tax his company paid across states through the Alteryx Analytics Automation Platform. The software enabled him to compute one number per state, filter data, and ultimately streamline his workflow.

“My new employer is building a tax automation subgroup and wanted to hire someone who not only is comfortable with the latest tools but also has solid tax compliance knowledge,” Lun said. “I picked up skills in both arenas through the MTX program.”

Lun also took Accounting for Income Taxes with Aaron Konnick, a part-time instructor who serves as director of tax accounting and reporting at UPS. Konnick provided students with a mock company’s trial balance data, which is essentially a statement of all debits and credits. The assignment involved looking at the company’s book-to-tax difference, measuring the total tax expense, and writing financial statement footnotes. Because Konnick’s knowledge is so up-to-the-minute, Lun and his peers didn’t have to purchase a textbook for the class.

“It really helps to learn from people with real-world experience,” Lun said.

For Lun, balancing a full-time job, school, and a growing family was challenging but worth the effort.

“Joining the program required a big leap of faith. My first child had just arrived, and my time was limited,” Lun said. “The MTX degree ended up setting me apart when I interviewed for my new job.”