Academic Departments » Department of Risk Management & Insurance » What a Guy

A Google search for “Guy Millner” produces page after page of results about his six-decade career, participation in gubernatorial and U.S. Senate races during the ’90s, philanthropic activity, and status as a multi-millionaire entrepreneur. Millner is the current resident of the mansion once inhabited by Robert Woodruff, the namesake of Atlanta landmarks including the Woodruff Arts Center, Woodruff Park, and the Robert W. Woodruff Library. One might think Millner was born into a family of means. But those assumptions would be wrong. His father dropped out of school in eighth grade and owned a small service station outside Daytona Beach, Florida. Millner’s parents could not afford to send him to college. In fact, he dreamed the wealthy neighborhood dentist would give him a scholarship, but that never happened. 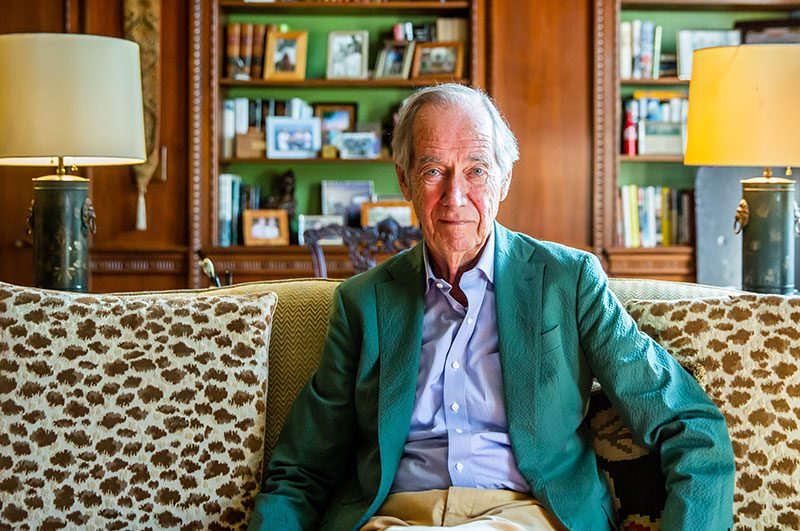 “It didn’t work out that way. It worked out far better,” Millner said. “My folks encouraged me to save money and pursue an education. By 1954, I had set aside what would be the equivalent of $10,000 today, and that allowed me to enroll at Florida State University.”

While at Florida State, Millner also sold cookware door-to-door, so he understands the struggle of the working student. That’s the first thing that bonds him to Georgia State University, known for its population of determined students who often pave (and pay) their own way. What else attracts him to the downtown Atlanta business school? Georgia State’s placement office was a major source of talent for his first company: staffing agency Norrell Services, founded when Millner moved to Atlanta in 1961.

“I like the nature of Georgia State and the Department of Risk Management & Insurance in particular,” he said. “The department has been highly ranked since the ‘60s, remains among the top schools in the country, and is right here in Atlanta.” 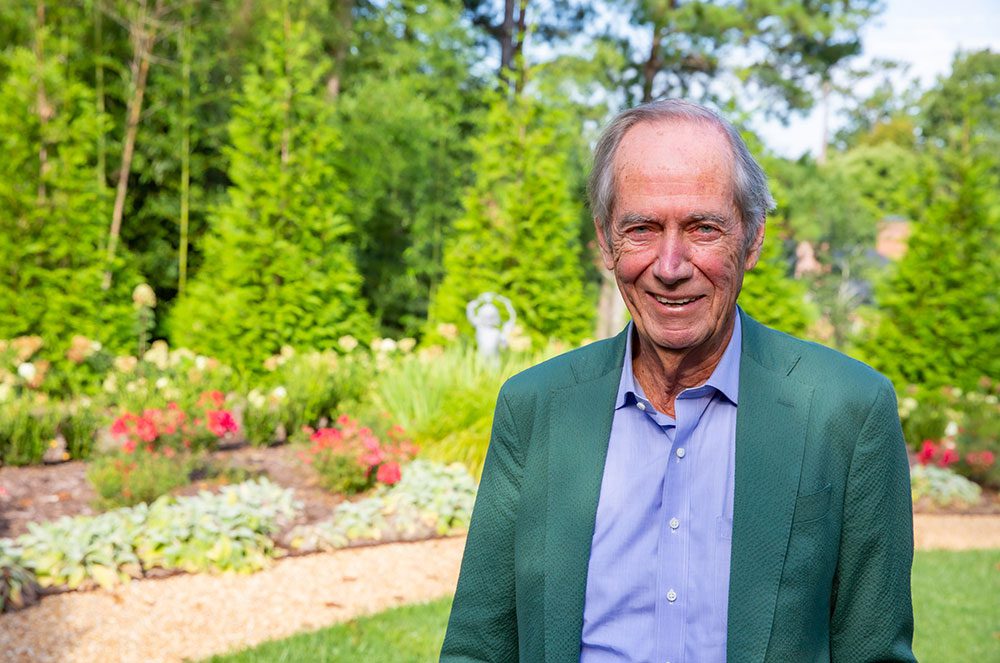 “Insurance is an exciting business,” Millner said. “Most people think about insurance involving sitting behind a desk and dealing with numbers, but there are so many facets to it. For anyone with an inclination toward data analytics, finance, technology or sales, insurance is a terrific space.”

Millner is entrenched in the insurance industry, possesses a fondness for Georgia State, and has a generous heart: the perfect recipe for the undergraduate scholarship he recently established. Available to students studying risk management and insurance or actuarial science at Georgia State’s Robinson College of Business, the Guy Millner Scholars program consists of four $20,000 installments over four years, totaling $80,000 for each recipient. Four students are selected each year. The program also includes a mentoring component and opportunities for paid summer internships at AssuranceAmerica.

In addition to an academic major within Robinson’s Department of Risk Management & Insurance, criteria include a GPA of 2.7 or higher, demonstrated financial need, and a well-rounded approach to life. The first cohort of Millner scholars encapsulates the concept of well-roundedness through their personal pursuits: Dobra-Wilson Amgabaduba is a Nigerian chef; Emily Archer, a cross-stitcher and violist; Jessica Macha, a travel enthusiast; and Matthew Snyder, a drummer. 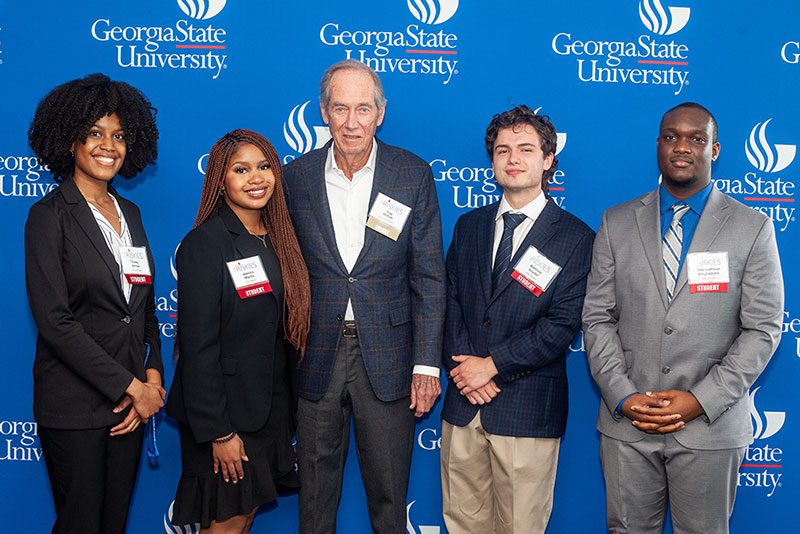 Millner strikes a balance by reading and trying new things. Case in point: Millner recently met the founder of Illuminarium Experiences, a series of immersive theaters across the United States. He plans to visit the current outer space-themed exhibit on the Atlanta BeltLine with his family.

“Getting off the regular route and taking a journey on a side street is a real eye-opener,” Millner said. “That’s how you spark ideas.”

The Guy Millner Scholars program is the largest-ever scholarship at Robinson to date. Applications are accepted each fall with awards distributed in spring.

“I’m impressed that Georgia State’s tuition is so reasonable. The scholarship covers tuition, books, and a few additional needs that may arise throughout the year,” Millner said. “And the Department of Risk Management & Insurance is constantly striving to be better and better. I’m honored to continue, after all these years, as a partner with the school.”

In the below video, Guy Millner discusses the scholarship program he established. A current Guy Millner Scholar talks about the award's impact on her academic career as well.