Beatty D’Alessandro is a former Chief Financial Officer of 3 industry leading companies. Until mid-2018 he led finance, accounting, technology and manufacturing for Merchants Metals, an Atlanta based carve out from Old Castle plc (symbol: CRH). Merchants is the second largest chain link fence manufacturer in North America and is now owned by private equity investors. In 2015 he retired as the Executive Vice President & Chief Financial Officer of Univar (symbol: UNVR), a $10 billion global chemical distributor based outside of Chicago. Prior to that he was the Senior Vice President and Chief Financial Officer of Graybar, a $5 billion distributor of electrical and data infrastructure products based in St. Louis. Mr. D’Alessandro spent a total of 10 years as the CFO of the 2 Fortune 500 companies mentioned above.

Mr. D’Alessandro was the Vice President and Chief Information Officer at Graybar prior to being the CFO there. In that position, he led what was at that time the largest successful SAP enterprise resource planning implementation in a multibillion-dollar pure distribution company. During this project, he used a number of innovative strategies and newly developed “bolt on” software products in order to deliver unique, high value adding functionality to the company.
Mr. D’Alessandro was Graybar’s corporate strategist and led their mergers and acquisition team prior to becoming their CIO.

After leaving Graybar’s board in 2012 and as one of the company’s largest shareholders, he led an unsuccessful attempt to convert the company from its employee/retiree ownership structure.

Mr. D’Alessandro has been on the board of directors for Graybar and UMB Bank of St. Louis. Additionally, he served on the Large Enterprise Board of SBC (now AT&T) and the Strategic Customer Board of SAP. He was active in non-profit and industry organizations as Chairman of Make-a-Wish of Missouri, Treasurer of Junior Achievement of Missouri, and through board membership at The Deloitte Center for Health Solutions, Missouri Baptist Medical Center, Junior Achievement of Chicago, and the University of South Florida College of Business.

Mr. D’Alessandro has been an Executive in Residence at Georgia State University’s J. Mack Robinson College of Business since 2017. In that capacity he has taught the financial leadership course in the Masters of Science in Finance program and corporate finance in the EMBA program.

Mr. D’Alessandro holds an MBA and a BA in business (with concentrations in finance and marketing) from the University of South Florida. 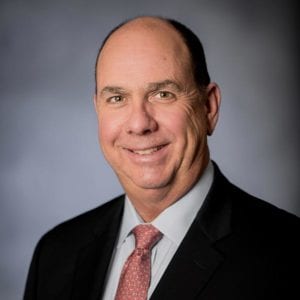