Glenn Harrison is the C.V. Starr Chair of Risk Management & Insurance, Distinguished University Professor, and Director of the Center for the Economic Analysis of Risk (CEAR) in the Department of Risk Management & Insurance, J. Mack Robinson College of Business, Georgia State University. He has more than 200 academic publications, including general journals such as Econometrica, American Economic Review, Journal of Political Economy, Economic Journal, Journal of the American Statistical Association, and American Journal of Public Health, and specialist journals such as Journal of Environmental Economics & Management, Journal of Law & Economics, Experimental Economics, Journal of Economic Methodology, and Economics & Philosophy. His research interests include the economics of risk preferences, risk perception, and insurance, as well as experimental economics, law and economics, international trade policy and environmental policy.

His research in the economics of risk includes the econometrics of inferring structural risk preferences from laboratory and field experiments. More recently he has developed tools to elicit subjective belief distributions, allowing the evaluation of the bias and confidence of risk perceptions at points in time, as well as their evolution over time. Finally, he has developed methods for the normative analysis of insurance as an ex ante risk management tool.

His research in experimental economics has included the study of bidding behavior in auctions, market contestability and regulation, bargaining behavior, and the elicitation of risk and time preferences. Most recently it has examined the complementarity of laboratory and field experiments. His research in law and economics has centered on the calculation of compensatory damages in tobacco litigation, including testifying for plaintiffs in the Medicaid litigation that resulted in a settlement worth more than $200 billion. He has also worked on the relationship between compensatory and punitive damages, and class actions involving the excessive promotion of certain drugs. His research in international trade policy has employed computable general equilibrium models to quantify the effects of unilateral, regional and multilateral trade reforms. A particular focus of this policy analysis has been to assess the effects of trade reform on poor households in developing countries. His research in environmental economics has included modeling the effects of alternative policies to mitigate global warming, critiques of casual applications of the contingent valuation method, and improved methods of damage assessment. Most recently he has focused on the formal characterization of environmental reform as a “policy lottery” that properly reflects uncertainty in predicted effects on households.

Professor Harrison has been a consultant for numerous government agencies and private bodies. These include the World Bank (evaluating trade policy reforms for developing countries), the Swedish government and the United States Environmental Protection Agency (evaluating carbon tax proposals), the Danish government (evaluating tax and deregulation policies), and counsel representing parties suing tobacco companies and drug companies for economic damages. Professor Harrison is a Pisces, and loves red wine, one Swedish woman, one American daughter, and one Swedish-American grandson. Before academic life, Professor Harrison played Australian “no-rules” football for Hawthorn in the Australian Football League, kicking one goal in his career. 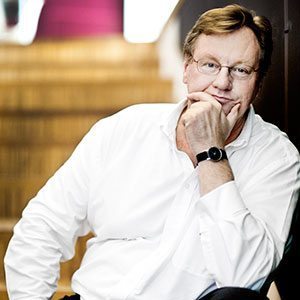