Rajeev Dhawan wears a dual hat as professor and director of the Economic Forecasting Center at the Robinson College of Business at Georgia State University in Atlanta, Georgia. As director of one of the country’s premier forecasting centers, Dhawan develops forecasts for the U.S., Southeast regional and local metro Atlanta economies. These forecasts are regularly published and presented to business executives and the media at the center's popular, well-respected quarterly forecasting conferences. Dhawan has received several awards for his forecasting accuracy, including Pulsenomics Crystal Ball award for most accurate home price predictions from 2013 to 2015, and the most accurate GDP forecast by Bloomberg News in 2005. The Bank One Economic Outlook Center at Arizona State University in 2003 named him the most accurate forecaster for U.S. employment.

A sought-after international speaker, he has presented at conferences in Argentina, Australia, Canada, Chile, Dominican Republic, Dubai, France, Germany, Japan, the Netherlands, New Zealand, Spain, Sweden, Switzerland and across the U.S. As a consultant, he has been commissioned to prepare economic impact reports and home price forecast models, and provide public policy recommendations. Dhawan has served as an advisor to several local and state government agencies and numerous publicly held companies including The Coca-Cola Company, Georgia Power, Raymond James, and Turner Broadcasting. Dhawan has directed impact analysis studies for Amgen, Northrop Grumman, LA Development Corporation, the California Automobile Import Alliance and the California Energy Commission. He has served on the Georgia Governor’s Council of Economic Advisors since 2004.

A frequent guest on Cable News Network (CNN), Dhawan is sought after by print and broadcast media for his economic analysis and expertise. He has appeared on MSNBC, The Bloomberg Report, CNBC, and local affiliates of ABC, NBC, CBS, and Fox. He has also been quoted in many national and regional publications including the Wall Street Journal, Businessweek, Investor’s Business Daily, USA Today, the Los Angeles Times, Washington Post, San Francisco Chronicle and the Atlanta Journal-Constitution.

Dhawan’s academic research analyzes U.S. business cycles with a special emphasis on the role of credit markets on growth and survival of small firms. His international industry productivity comparison study examined factors that enabled Toyota to dominate not only U.S. companies, but also its Japanese counterparts. In his recent work, Dhawan has quantified the role and importance of oil prices in U.S. business cycle fluctuations. His research has been published in peer-reviewed academic journals such as Management Science, Journal of Money, Credit and Banking, Review of Economic Dynamics, Economic Inquiry, and Journal of Economic Behavior and Organization. He is also the author of Firm Size, Financial Intermediation and Business Cycles, which explores the effect of liquidity constraints on U.S. economic performance. 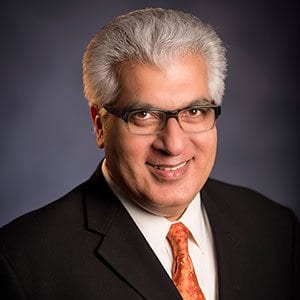