Previously, Tamer served as Senior Fulbright Scholar to Australia and taught at Monash University. Tamer also served as a visiting professor at Manchester Business School and held the Gianni and Joan Montezemolo Visiting Chair at the University of Cambridge, United Kingdom, where he is also an Honorary Fellow of Sidney Sussex College. At Michigan State University, where he served for 21 years, he was the inaugural holder of the John Byington Chair in Global Marketing and Founding Director of CIBER.

Tamer was awarded an honorary doctorate, Doctor Honoris Causa, by The University of Hasselt, Belgium in May 2014, and an honorary doctorate from the University of Southern Denmark in October 2017. In April 2018, Tamer was honored as an Honorary Professor by Atilim University in Ankara, Turkey. Tamer serves as a Trustee of Sabanci University in Istanbul.
Professor Cavusgil is an elected Fellow of the Academy of International Business, a distinction earned by a select group of intellectual leaders in international business. He also served as Vice President of the AIB, and on the Board of Directors of the American Marketing Association.

Tamer holds a Bachelor of Science degree in business and economics from the Middle East Technical University in Ankara, Turkey. He earned his MBA and PhD degrees in business from the University of Wisconsin. 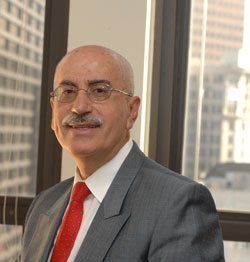