Professor Maurer’s interests and expertise are within organizational behavior and human resource management, with much of his recent work addressing employee and leader development. Research that he has conducted has been supported by a variety of sponsors, including the National Science Foundation, the National Institutes of Health, the U.S. Army Research Institute, the SHRM Foundation, and the Society for Industrial and Organizational Psychology (SIOP). He has also worked with a variety of organizations such as BellSouth, Sprint, Georgia-Pacific, Brown and Williamson, King and Spalding, Chick-fil-A, the City of Atlanta, and the U.S. Army Chief of Staff Strategic Studies Group, as examples.

He is a past winner of the “Outstanding Human Resource Development Scholar Award” from the Academy of Human Resource Development for having “demonstrated a continuing record of scholarly productivity and influence in the profession.” He was elected to fellow of the American Psychological Association and also the Society for Industrial and Organizational Psychology for “outstanding and unusual contributions to the field.” He has also served as a senior consortium research fellow in relation to the Department of Defense. According to a previously published survey, Professor Maurer has been listed among the most productive researchers published in premier journals of his field, and he has also been listed among the top 2% of Business & Management researchers based on an analysis of scientists’ career-long impact focused on citations of their work. He has served on the editorial boards of leading applied psychology and management journals.

Professor Maurer led the Department of Managerial Sciences from 2004 to 2011 as department chair, working to enhance programs, productivity, and strengthen infrastructure and support for research. From 2011 to 2015 he was the director of a multidisciplinary institute, the Beebe Institute of Personnel and Employment Relations, when he established a GSU Panther PAW (People at Work) research group involving multiple disciplinary connections across the college of business. From 2015 to 2016 he served as associate dean for sponsored research, establishing the college’s Office of Sponsored Research, and conducting an analysis of challenges and opportunities for grant funding in the business discipline via an NSF-funded workshop involving 24 business school deans. Sponsored program income within Robinson from a FY2014 baseline to FY2016 increased by approximately 100 percent and number of submissions/proposals increased 75 percent. From 2016 to 2019 he became Robinson’s associate dean for research strategy, responsible to provide vision and leadership around Robinson’s broader research mission, including its two doctoral programs (Ph.D., DBA). During that time, rankings from the University of Texas at Dallas showed Robinson as the highest ranked school for research productivity in Georgia and among the highest ranked schools in the southeastern United States. Presently he is a professor and Robinson’s associate dean for faculty and research, serving on the dean's leadership team, and being responsible for the college’s research mission, sponsored programs, and overseeing faculty hiring, development, promotion, and compensation of more than 200 FTE faculty across 12 academic departments. 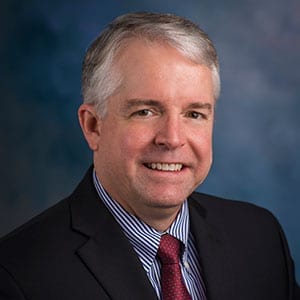