Upkar Varshney is currently Associate Professor of Computer Information Systems at Georgia State University, Atlanta. His current interests include mobile health, pervasive computing, and wireless networks. He has authored over 150 papers including 70 in national and international journals. He is the author of Pervasive Healthcare, published by Springer in 2009 and 2010. He is credited with several “first” papers in streams of mobile commerce and pervasive healthcare. According to Google Scholar, his papers have been cited more than 6000 times.

He is the founding co-chair (with Prof. Imrich Chlamtac) of International Pervasive Health Conference in 2006 and the steering committee co-chair for 2008 conference (http://www.pervasivehealth.org). Upkar was the program co-chair for Americas Conference on Information Systems (AMCIS-2009). Upkar has presented over fifty tutorials, workshops, and a few keynotes at major wireless, computing, and information systems conferences.

He has also received several grants from funding agencies including the National Science Foundation. His teaching awards include Myron T. Greene Outstanding Teaching Award (2004 and 2000), RCB College Distinguished Teaching Award (2014 and 2002), and MS-IS Outstanding Teaching Award (2015). He has served or is serving as an editor/guest editor for several major journals including IEEE Transactions on IT in Biomedicine, IEEE Access, ACM/Springer Mobile Networks (MONET), Decision Support Systems (DSS), and IEEE Computer. He is currently serving as Senior Editor for Decision Support Systems. 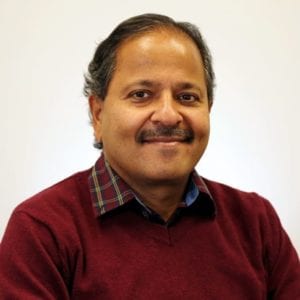