2020 Graduate Outcomes
What does it cost?

Tuition is subject to change.

How long will it take?

Where can I take classes?
Buckhead Center (200 Tower Place)

The Robinson College of Business reviews applications on a rolling basis. The deadlines below are intended to serve as benchmarks. Due to our rolling admissions process, we encourage you to apply as early as possible.

Applicants can expect to receive a decision within six weeks of the Office of Graduate Admissions receiving all required materials.

Students can enter the program in the fall.

The Regynald G. Washington Master of Global Hospitality Management is the only master’s program in hospitality in Georgia. You will learn what makes hospitality businesses adapt by studying the industry’s most relevant topics and forward-looking ideas, developing future-proof strategies for success in the field.

“We look at major segments of the industry, whether it’s hotel, food and beverage or travel and tourism, and within each course there is a strong business focus of how to maximize profitability.” - Debra Cannon, director, School of Hospitality

Through a case-based curriculum, you will tackle real-world problems that arise in the workplace and even partner with real companies on projects.

Examples of past projects include:

Market Study
Students researched a city/market of their choice using data-based tools. In addition to analyzing and interpreting the data, the students also drew insights enabling others to make sound business decisions.

Applied Research Project
Students selected a timely topic related to the hospitality field and developed an in-depth report including statistical facts and market projections that take the pandemic into account.

Each cohort participates in major industry events for skill-building, professional development, and networking purposes. Examples of such events include:

Learn more about the application process and what you will need to apply.

Tuition is subject to change.

Contact Graduate Student Financial Services
We are here to help you understand the cost of your program, the payment schedule and financing opportunities.

Robinson offers several scholarships through the Office of the Dean as well as the individual academic departments.

Graduate research assistantships are available to offset program costs. Below, see a table that breaks down the cost of tuition after a GRA position is secured.

You will be paired with a Graduate Student Experience professional who stays on top of the extracurricular programming that will enhance your academic journey and propel your career. Activities include boot camps on topics that are relevant to your field, professional workshops, networking events, recruiting fairs, and meet-and-greets intended to create camaraderie with your peers.

"Right out of the master’s program, Robinson graduates join us as analysts in training and can move up to senior-level, supervisory or consulting roles, depending on the path they pursue. What sets them apart is a great work ethic, humility, curiosity and team spirit. The foundation they established with a Robinson hospitality degree has really launched their careers."

Washington has occupied significant industry leadership positions, notably as a member of the board of directors and elected chairman of the board of the National Restaurant Association. Its members consist of 878,000 restaurants and food service outlets.

Washington’s previous experience includes ascending through the corporate ranks of Concessions International, which offers food and beverage, gift and news, and duty-free retail in U.S. airports. He rose to the position of corporate executive vice president.

Washington graduated from Florida International University with a B.S. in international hotel and restaurant administration. He holds a foodservice management professional certification through the National Restaurant Association Educational Foundation. He also earned the certified food and beverage executive credential, issued by the Educational Institute of the American Hotel & Lodging Association.

“I’m very impressed by the quality of faculty, the structure of the academic programs, and the courses and content. But most importantly, I think the students are truly awesome. They’re grounded, respectful, hungry for knowledge and eager to learn about and grow in the industry, all of which are the attributes of successful hospitality professionals.”
– Regynald Washington

“Mr. Washington is an incredibly passionate mentor who wants to bring out the potential in everyone he meets. This gift demonstrates his generosity and focus on cultivating future industry leaders.”
– Debra Cannon, director, School of Hospitality

“Every time that I have interacted with Regynald Washington, he has taught me something new. He has always welcomed me with open arms.”
– Chris Hardman, MGHM, class of 2014

"The program enabled me to get up-to-speed with the hospitality field. As a veteran of the food and beverage industry over several decades, I needed to gain confidence in current trends. The program added immediate value because I now leverage academic approaches of dissecting problems and combine that with my own real-life experiences to generate needed solutions. I am a better leader and contributor, thanks to the program." 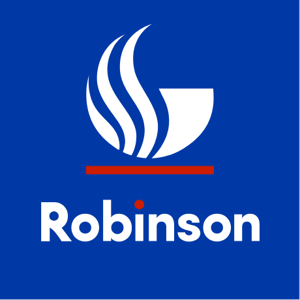 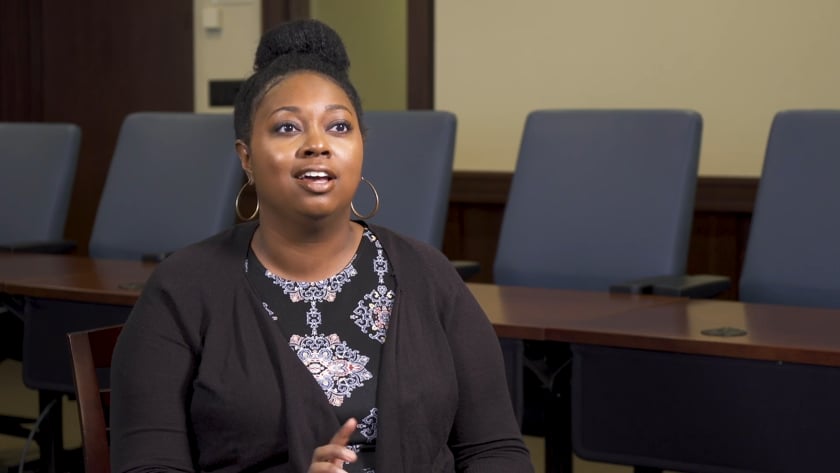 Because of Robinson’s deep connections to the hospitality industry, Loryn Wellman participated in huge events like the SEC championship and Super Bowl. Learn more about how her master’s degree propelled her career goals.

"The program provided the guidance and knowledge I needed to propel my career and be where I am today as an analyst for a hotel asset management company. When I enrolled, I was fairly new to the industry with minimal hotel experience, and unsure of the path I wanted to take. With the support of the resources and professors at Robinson, my vision became clearer day by day. I consider this program to be a 'powerhouse of knowledge' that transformed my perspective. It’s now been a couple years since I graduated, but I am still in touch with my professors and Robinson connections."

"The program can widen your career range, especially if you want to progress to the next level. I had worked in the hospitality industry for more than 15 years. Right after I earned my master's in hospitality from Robinson, I moved into the automotive field, where I'm making an impact in the area of customer touch points. I am now in charge of the overall marketing and promotion of the Hyundai Motorstudio brand. The program truly expanded and enhanced my career path."

"I chose the program because I felt it would best prepare me to face any challenges in the workforce and my personal life. The program has an extensive global focus, and as an international student, I can relate to those concepts and share my views and opinions with fellow classmates. Whether I decide to stay in the country or start a career anywhere in the world, I feel prepared. The program has helped me reach my full potential."

Hospitality Alumna Removes Obstacles for Latinx Students
Mariana Milan was a first-generation college student and had to figure out a lot of things for herself. While earning her Master of Global Hospitality Management degree at Robinson, she made sure that didn't happen to other Latinx students.

Robinson College of Business Graduate Enrollment Surges 78 Percent; Incoming Class is Largest, Most Diverse in its History
Robinson welcomed 862 new graduate students this fall, a 78 percent increase over 2019’s incoming class of 484 students. They are enrolled in 14 degree programs.